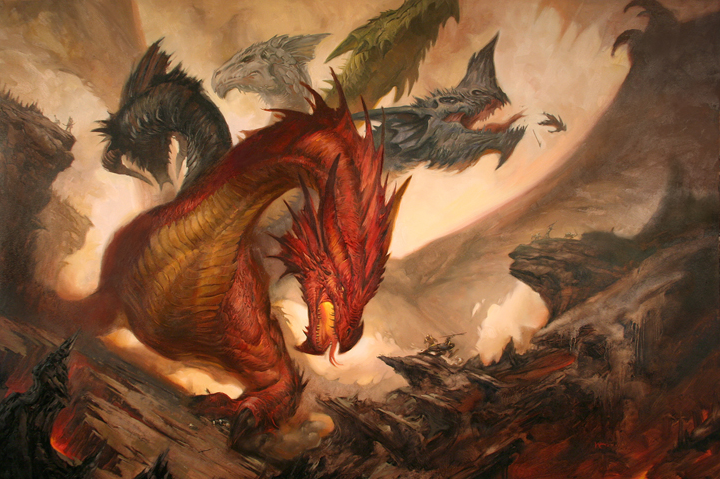 In an audacious bid for power, the Cult of the Dragon, along with its allies, seeks to free Tiamat from her prison in the Nine Hells and bring her to Faerûn. The cult’s forces are seizing power and sweeping through civilized lands, laying waste to those who oppose them and gathering a horde of riches for their dread queen.

The threat of Tiamat is so dire that factions as disparate as the Harpers and the Zhentarim are banding together to battle the cult. From the cities of Neverwinter and Baldur’s Gate to the wilderness towns threatened by the depredations of the cult and its servants, adventurers must gather to strike back and save Faerûn. Never before has the need for heroes been so great.