Home Tyranny of Dragons Locations The Mere of Dead Men

The Mere of Dead Men 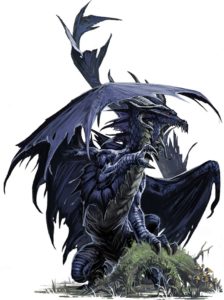 The Mere of Dead Men is the vast saltwater swamp that lies along the Sword Coast between Leilon and Waterdeep. Filled with twisted trees, vines, and thick vegetation cloak the mist-shrouded surface of the cold saltwater swamp, Its air is foul with rotting stenches, and its water is black and opaque. Visibility, given fogs and rolling topography, is rarely more than half a mile.

For flightless creatures, travel in the Mere is slow and dangerous. Its dark waters are deep enough to permit a flat-bottomed skiff to pass, but many small islands rise from the swamp islands tangled with strange vegetation. The overgrown bones of long-fallen creatures lie everywhere. Quicksand is rare but mud all too common. Given the thick growth and frequent need to wade (and flounder), skiff-borne travelers can cover about eight miles in 10 hours.

The Mere of Dead Men is known for its monstrous denizens. Travelers on the High Road skirting its eastern verges often travel for three days and nights without stopping, to avoid camping within reach of “dark, wet, clutching things raiding out of the swamp.” Bobbing will-o’-wisps are common night sights from the road. Sword Coast lore speaks vividly of floating islands moving in the Mere, lizardfolk commanded by liches, a penanggalan of monstrous size, drowned ships swarming with sea zombies, gigantic darktentacles, yuan-ti slavers, temples to inhuman gods, giant leeches with bullywug riders, a huge will-o’-wisp that pulses with dark energy, and many other horrors. Some of these are true and some are the stuff of legend, but knowing which is which can mean the difference between life and death. Monsters proven (by adventurers’ kills) to dwell in the Mere include aballins, behirs, bullywugs, flying fangs, giant frogs and toads, gibbering mouthers, giant leeches, hydras, lizardfolk, meazels, monitor lizards, nyths, scrags (aquatic trolls), shambling mounds, snakes, and will-o’-wisps.

In the heart of the Mere dwells the savage black dragon Voaraghamanthar, the “Black Death.” This wyrm is said to have strange powers and avoids other dragons who intrude into the swamp or claim it as part of their domain. Most tales say the Black Death can burst from beneath long-placid swamp waters, read and reason intelligently, and be in two places at once. Truth be told, any adventurer unfortunate enough to meet the Black Death doesn’t live to tell the tale.