Home Roleplaying Games Dungeons & Dragons Tyranny of Dragons: Out of the Frying Pan, Into the Mere

Tyranny of Dragons: Out of the Frying Pan, Into the Mere 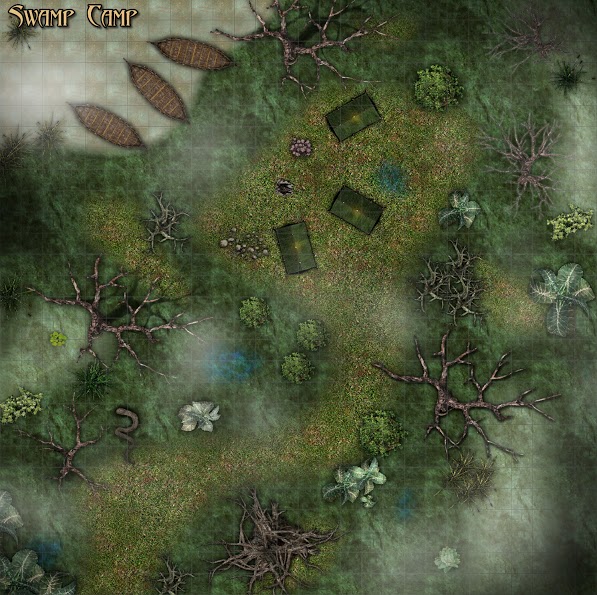 After leaving the Carnath Roadhouse the intrepid adventurers passed through the secret tunnel leading deep into the Mere. Following a well marked path, the party finds themselves at a clearing in the bog that is slightly drier than the muck they have been pushing through for the past day. 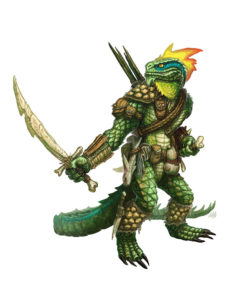 After a full nights’ rest, Sir Liadon’s watch (Last Watch) is interrupted with the approach of 3 canoes with 9 lizardfolk. After a very short negotiation, a fight ensues resulting in the death of 8 and the last surrendering. His name is Snapjaw and he knows broken common. He offers to help the heroes in exchange for his life and the freeing of his tribe, the Scaly Death Tribe, from the oppression of the Dragon Kneelers and their bullywug henchmen.

While reluctant, Lord Splinterwood agrees with the mainstay of the party on the condition that their new found guide be bound at the wrists. Snapjaw readily agrees. After binding the Lizardman, the party departs in 2 canoes. One with Lord Splinterwood, Snapjaw,  and Sir Liadon, the only one that can communicate with the sole surviving lizardman. The other with Tashi, Dawnbringer Emberfist, and Jamna Gleamsilver.