A Life Forged in Fantasy & Adventure

LordNeomorte March 31, 2018 March 31, 20183.5 Edition, Campaign Craft, Dungeons & Dragons, Fifth Edition (5e), Life Events, Roleplaying Games
I was feeling rather introspective recently. Especially about roleplaying. I started thinking back to the gaming groups that I have had over the 37 years that I have been playing Dungeons & Dragons and other RPGs. But of those, D&D has been the ever present leader in my play experience. Of that time, roughly 32 years of that has been spent behind the screen. I have spent drasically more time running the game than playing it. So much so, that I tend to feel a bit uncomfortable on the player’s side of the table. But this is all backdrop to the point. I have had a myriad of groups in that period of time, but of all of them, there are only a handful that stick out as truly amazing, engaging, and syncronous groups that I still regale my current players (soon to be two groups) with tales from those groups. Let this be a tribute to them. 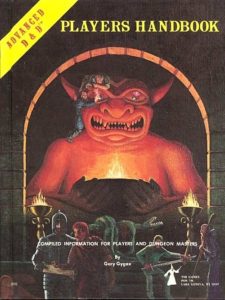 Some People Call Him Tim…

Before I get into any of the groups, there is one guy above all others. Way back in 1980, I was introduced to to a new way of using my imagination. I already had a very active imagination and after reading a book about dwarves, my brother-in-law, Tim, showed me the Player’s Handbook and I proceeded to create my first character. A dwarven cleric using the first edition AD&D rules. I don’t remember much about the character. He didn’t even have a very long lifespan, but he started something that has become a living breathing part of me. So, for that reason, Tim will always be first in this list. Without him, no other group would exist.

The year I graduated high school I played with several different groups, but none of them quite matched the truly epic feeling of the main two groups that are the focus of this writing, but the inspiration was there. It was that summer that the Drow Fighter/Rogue Drax Despana was born. Probably the most influential character in my creative process. And his Adventures (yes, capital A) were a part of my developing my style of play and even more importantly my style of running a game. Most of those ideas were contrite tropes that were overplayed and loaded with Monty Haul moments and so much cliche it hurts. But no true story teller is created without experiment. 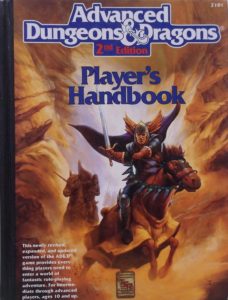 This amazing group of players is when we each came into our own in terms of players and DMs one and all. Such a great, collaborative group. Each of us, in my estimation, found our style and told some of the most amazingly structured tales. Our journey, as a group, ranged from D&D 2e, Warhammer Fantasy Roleplay, Vampire and the entirety of the World of Darkness, a homebrew Highlander version of the World of Darkness, and ended with our delving into D&D 3e. Troy ran truly inspiring far-reaching fantasy of earth shattering epic proportions. It is in his hands that I placed the fate of Drax Despana. And in his very capable hands, Drax faced challenges of which I could never dream. While many of these tales would be met with scepticism and doubt as to how valid these stories were, but the stories were spun so inspiringly you could feel them breathe. It was in these stories that Drax became Neomorte (Thank you, Josh). Battles with Orcus, Vecna, devils and demons all formed his desire to be the living embodiment of Death for his god, Annialus

Tom took his love of dragons and pushed the envelope with the masterful Council of Wyrms setting for 2e and made us spread our wings and fight for what was right when the Blood chain of Io needed us most. His passion of the greatest of the beasts bled through in every session as we grew from Wymlings to Elder Wyrms forging our clans and saved our world from the clutches of the Reds. Forever will I remember the Brass dragon that made me feel the wind under my wings and humans run in fear at my very presence.

While Scott did not run as much as the rest of us, his stories were grounded and gritty. Tom and I played in his Urban based game where we played halfling rogue brothers using the 3e ruleset. He impressed upon me the need for realism that should be present. Even if you have spells flying and dragons roaring, the mean streets of an urban sprawl is no less dangerous. Perhaps even moreso, for as a thief, if you die, no one may ever know. Scott also ran one of the most brutal Dark Sun games I have ever played.

I played my part as well. The Warhammer campaign that we played through in 36 hours of straight play, and probably my favorite would be the Highlander game that we orchestrated at what seemed like every turn. Every meeting of any group of us during this time period could end in an impromptu RPG session that could last 10 minutes or hours.

In all of these adventures, we hosted a myriad of guests that have formed groups of their own. Not that I can claim ownership for them meeting or forming. I feel that is unrealistic. Bill, Jim, Josh, Matt, Carter, Ponie, and so, so many more. Some of those guys are still playing together to this day.

This group is the one I am most nostalgic about. I have played with Tom a few times since, and we are so very long overdue for another session, it is sad. 10 years at least. But it would be a dream to reform this super group, even if for one night only. 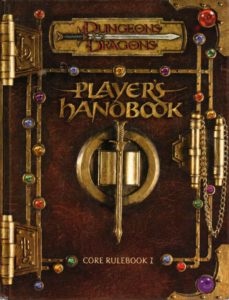 This group formed from two seperate groups. One group soared under the tutelage of Scott. With the advent of D&D 3e, this group taught me the most about tactics in combat and the utmost respect of the players. Never lie to them. Scott was the first DM I ever encountered that did not pull the punches. He had a screen for his notes, but when he rolled the dice, it was in the open. If the orc critted on you, you knew it. And there was no taking it back. If the Big Bad rolled a critical failure, it stuck. It is something I use with my current group. Dan was the DM of the other group and with that group the story was king. While not as epic of those that Troy would perform, they were large complicated stories that had global implications but still gave you that classic dungeon crawl adventure. It is from him that I learned to start in some other way than “You are in a tavern…”

Each of these groups had other players that were great in their own right, but it was not until the true “super group” was formed did this group truly sing. Due to life and personal issues, the groups combined to be Matt, Scott, Dan, and Charlie with me running Shackled City. Adopting Scott’s no nonsense way of combat and Dan’s storytelling queues to weave a tale of death and heroism that we will not soon forget. Each character was unique and their ability to work together on the battlefield was amazing. Then we added Jason and he was a hit right off. By the time the group ended, Charlie had taken the helm as the DM and Kimas, my first ever Paladin was born. His storytelling rivaled Troys and the scope was amazing. Kimas was a brutal paladin that was tested in ways that pushed his faith in unexpected ways. He also took the leadership feat and as the scale increased to wars on a national scale. 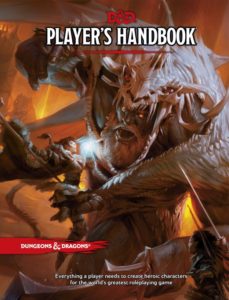 My current group. We have been playing for a year. The 5e rules are simpler than I have experienced before, but we all roll with the punche

s. They are all newer players with a very limited experience pool. It has been my first experience in teaching roleplaying. Not just the rules, but the play. Every single one of them now run their own game. As a group, we are almost done with Hoard of the Dragon Queen. And as we gear up for the end of that book and the start of Rise of Tiamat, and the dawn of 10th level characters and higher, the group will hopefully continue to forge ahead. And in there, may their stories be as epic as the ones I have faced.